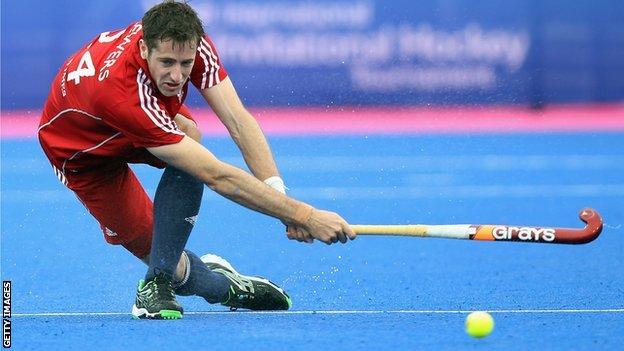 Iain Lewers begins a six-week Indian adventure this week when he plays for England in the World League Final.

The Belfast-born player will then join Uttar Pradesh Wizards for the fledgling month-long Hockey India League.

Lewers, who represented Great Britain and Northern Ireland in the London 2012 Olympic Games, missed most of last year after undergoing knee surgery.

"It's definitely one of the places in the world where you want to experience playing hockey," commented Lewers.

"It will be a new experience for a lot of guys in the team but hopefully we come out on the right side of the results."

Lewers was not selected in the original auction for the hockey equivalent of cricket's Indian Premier League in November but over the Christmas holidays he received notification that a place had become available.

The World League Final is the first of four major competitions this year with the World Cup, Commonwealth Games and Champions Trophy still to come.

"The squad have been together for a good nine months and we train together day in, day out. We haven't played in a lot of competitions since last summer but I think we've all improved as individuals. Every match will be a tough, tough challenge."

Lewers and team-mate Mark Gleghorne have both been part of the England/Great Britain set-up for the past two years after sitting out international competition for three years after transferring from Ireland.

The Great Britain Olympic campaign comes under the auspices of England Hockey and Lewers is looking forward to his first full Olympic cycle with the squad.

"Four big competitions in the calendar year will provide an opportunity for development and reflection on ways we can move forward and come the end of 2014 it isn't really that far away to Rio in 2016.

"I'm really looking forward to it immensely. It will be a little bit different from London in that we will have to qualify for Rio so there will be different pressures along the way but its all hockey focused which is ideal."

Ireland goalkeeper David Harte will be representing the Mumbai Magicians in the IHL, which is due to begin on 25 January 2014, with the final on 23 February 2014.