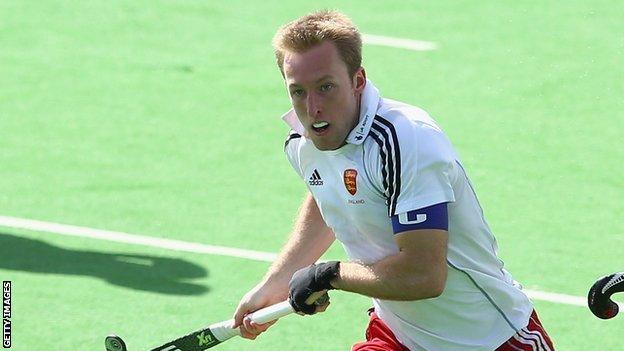 Goals from Tom Carson and Barry Middleton either side of a Glenn Turner equaliser had given England a 2-1 lead.

Australia then thought they had forced extra time, after finally breaching England's determined defence from a penalty corner in the closing seconds.

However, Turner's strike was ruled out for obstruction by the video umpire.

Mark Knowles was judged to have obstructed England's Iain Lewers in what turned out to be the final action of the game, after field umpire Roel van Eert referred the decision.

Australia will feel aggrieved to have lost, having dominated England for large spells of the third-place play-off.

The Kookaburras had 18 shots on goal to England's six, and failed to convert 10 penalty corners.

"We were too loose at the back. We allowed them to score from very few chances and we didn't put our chances away as we should have done," said Australia coach Ric Charlesworth.

England coach Bobby Crutchley said he was delighted with his side's performance at the tournament.

"Getting a bronze medal is really nice for this group as they continue to make the right strides and they are definitely hungry for more," he said. "The attitude of the players has really impressed me."

Man of the match Lewers added: "We have come a long way in the past nine months. We were very disappointed in the semi-finals, but we did really well to come back."

The Netherlands won the tournament after defeating New Zealand, who beat England on penalties in Friday's semi-final, 7-2.