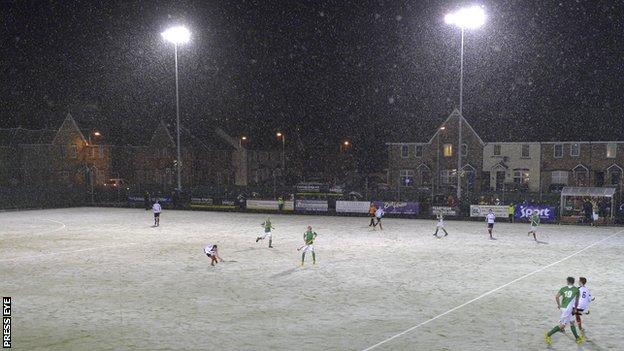 Ireland's hopes of an unlikely triumph in the men's Under-21 Four-Nations event at Mossley were ended as they were beaten 5-1 by Germany on Thursday.

The Irish went close on a couple of occasions early on before John Hillman put the Germans ahead on 13 minutes.

Joshua Delarber and Hillman added to the world under-21 champions's lead before Johnny McKee replied for the Irish before the break.

With England hammering Scotland 7-0 in Thursday's other match, the tournament was be decided by Friday's early-morning re-arranged clash between the English and Germany, the Germans triumphing 4-2.

Those two teams were scheduled to meet on Tuesday evening but the game had to be cancelled because of snow.