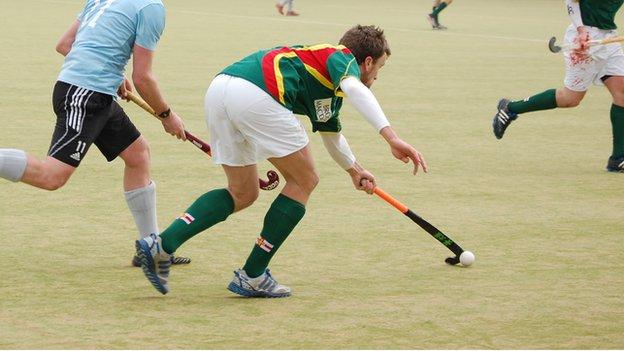 Guernsey player-coach Andy Whalley says the team will thrive on the "buzz" of playing at home in the semi-finals of the HA Trophy later this month.

A 3-1 away win over Streetly put Guernsey in the semis - where they face Formby - for the third straight year.

"Against Streetly we had 20 or 30 people watching, but at home there'll be about 400," he told BBC Guernsey.

"The week before the semi is the inter-insular against Guernsey, so there will be a real buzz around the hockey club."

Guernsey, HA Trophy runners-up for the last two years, have had to travel from the Channel Islands for three of their four matches in the competition so far this season.

"We love playing in front of a home crowd and it will definitely be an advantage for us," added Whalley.

"Formby play in the Northern Division One league. They're second at the moment and are having a really good season.

"They're a former National League team, so will have good players and it will be a very, very tough test for us, but it could come down to how well they travel."

The semi-final will take place on 23 March.