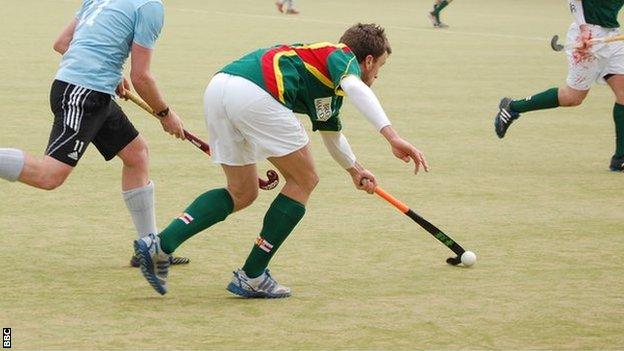 Guernsey have made it to the final of the Hockey Association Trophy for the third successive year after beating Formby 3-1.

Guernsey will face Banbury in April's final after they beat Truro 4-3.

"Formby were a great side, probably one of the best sides we've played in the last four or five years - we didn't really touch the ball for the first seven or eight minutes."

Guernsey were level at 1-1 at half time before getting two goals in the second half.

"It was a nervy start to the game, but then we steeled into it and played fantastically well, we retrained the ball well and then took our chances," Whalley continued.

"We really reduced them to limited chances in the second half and controlled it and then scored when we needed to."

Guernsey have and Whalley is hoping that he can guide his side to victory at their third attempt.

"We need to really concentrate on our finishing," he added. "That's what has let us down in the last two finals.

"We've had the ascendency and the possession, but we've not been clinical.

"But we've got another month to work on those little aspects, but it's all looking good so far so I'm feeling quietly confident."