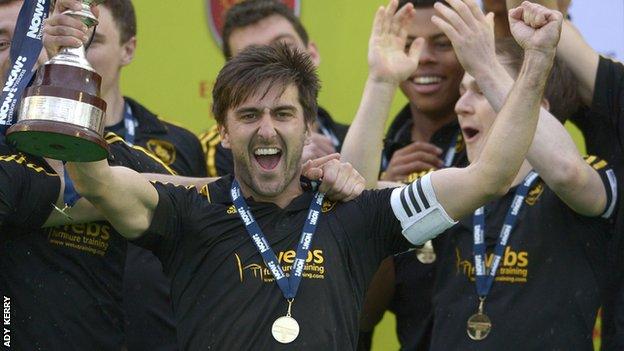 Beeston have been eliminated by the eventual champions at the last-eight stage in the previous three years.

"We are looking to go one further and make it to the final four," England international Dixon told BBC Sport.

"That is the huge challenge we set ourselves this season.

"That has been been our goal for three ears now, we've built a squad that is certainly capable of doing it, but we've not had the consistency.

"This year we are really going for it."

Beeston beat Cardiff, but lost to German side Harvestehuder THC during the group stage of Europe's biggest club competition in October to progress to the knock-out stage as runner-up in Pool D.

The Bees now travel to the Netherlands having retained their English title by beating East Grinstead in a shoot-out earlier this month.

Dixon was one of five Bees, including Ollie Willars, Tim Whiteman, George Pinner and Harry Martin, to then feature in England's Nations Cup triumph against Ireland last week.

While defender David Ames and Scotland international Gordon McIntyre are out injured for Beeston, Dixon feels the Nottinghamshire club are at their European peak with Mark Wadsley and the ever-present Stephen Lawrence.

"Stephen is a big-game player for us," said Dixon.

"We might have a few injuries, but we are sending one of the strongest sides we ever have to play in European competition."