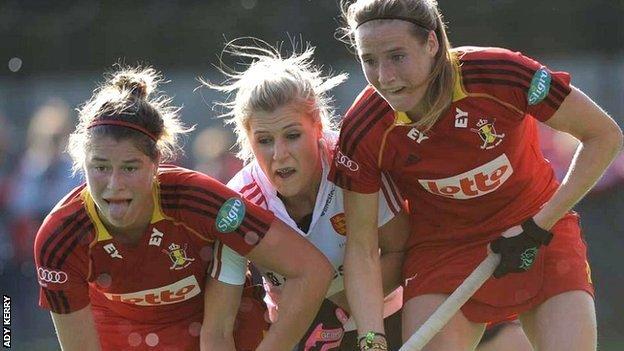 England's women continued their preparation for the Hockey World Cup later this month with a 3-0 win over Belgium at Bisham Abbey.

The home side, ranked nine places higher than Belgium at three in the world, gave a convincing display.

The two teams will meet again on Saturday in an uncapped friendly.

"There are still a lot of things to improve, but we're making progress in all areas," said head coach Jason Lee.

"It was satisfying to beat a good team 3-0, especially considering that they've just come away from playing in the Champions Challenge in Glasgow last week."