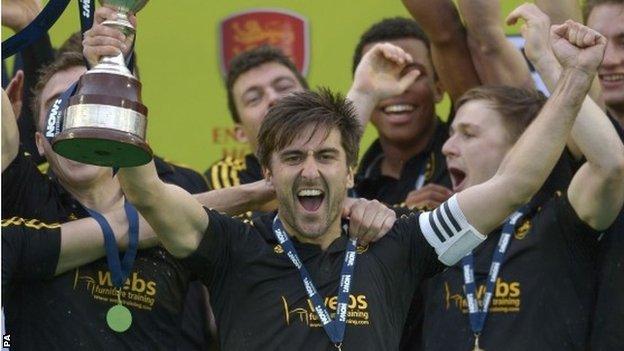 Beeston's Adam Dixon has been included in England's 18-man World Cup squad despite suffering ankle ligament damage while playing for his club over Easter.

The 27-year-old, who has 93 England caps, will continue his rehabilitation while the rest of the team play in a warm-up tournament in Germany.

England's first match in The Hague is against Spain on 31 May.

World number one side Australia, Belgium, India and Malaysia are the rest of the opposition in Pool A with the top two teams qualifying for the semi-finals.

"There isn't an easy game at a World Cup and we're facing some quality opposition in our group," said coach Bobby Crutchley.

"However I've seen this team consistently improve over the last 12 months and I think we can be contenders for a top two finish."