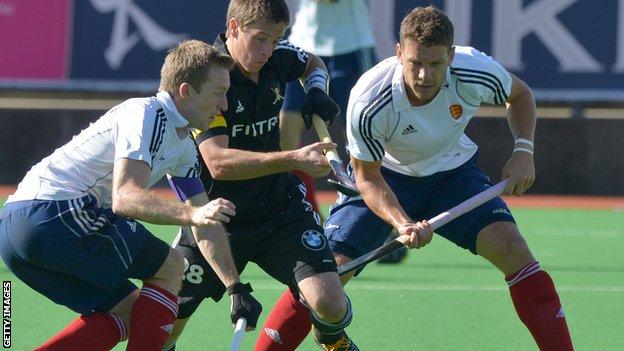 England's men and women both lost the opening games of warm-up tournaments in Germany ahead of the Hockey World Cup, which starts at the end of May.

The men were beaten 3-1 by the Netherlands in a match which marked captain Barry Middleton's 200th international appearance.

The women lost 4-2 to Australia, with Hannah Macleod playing her 100th game in total for England and Great Britain.

The World Cup in the Netherlands runs from 31 May-15 June.

Both England teams will be looking to get their preparation back on track when they play Germany on Saturday.

The men, whose goal against the Dutch came from Reading's Simon Mantell, then face Belgium in their final Ergo Masters fixture on Sunday.

The women, who had led Australia through a Lily Owsley goal at half time, finish their Four Nations campaign against Japan on the same day.