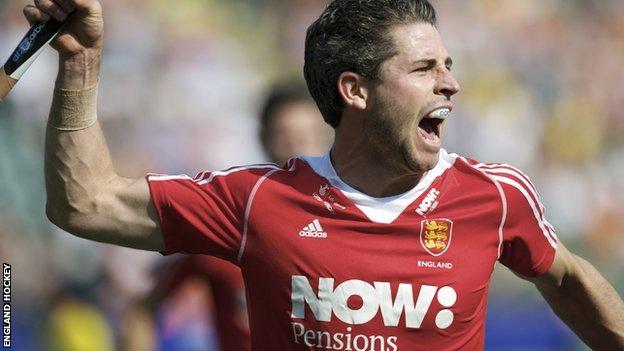 England claimed their first win at the World Cup when they beat India 2-1 in the Netherlands.

Simon Mantell scored the winner with under two minutes to go after England looked set for a second draw in a row.

England are third in Pool A behind Australia and Belgium, with their next outing against winless Malaysia in The Hague on 5 June.

Mantell showed quick reactions to latch on to the rebound after a brilliant save from India keeper P R Sreejesh at a penalty corner, lashing home with a reverse stick shot to grab the winner.

"You don't have time to think, the ball just dropped and I knew I had to get a good connection on it and fortunately it went in," said Mantell.

"That might be the most important goal I've scored for England," the Reading player added. "Goals at the end of a game when you're level always feel important. The main thing is the three points, though. It was crucial we got the win."