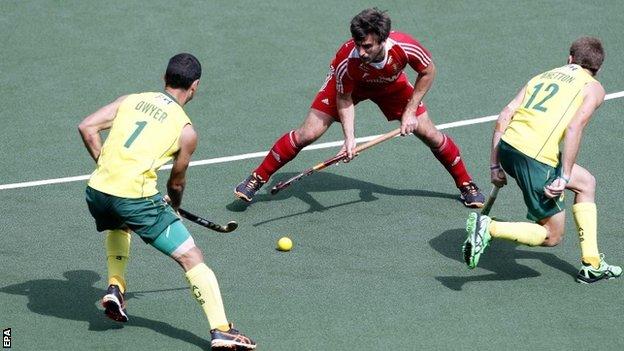 England's hopes of qualifying for the World Cup semi-finals suffered a blow as they were thrashed 5-0 by Australia.

Aran Zalewski made it 5-0 three minutes into the second half as the world number one side dominated throughout.

The result means England need to defeat Belgium on Monday in their final pool match to reach the last four.

The defending champions overwhelmed England from the start as they qualified for their 10th consecutive World Cup semi-final.

Middleton said England would have to put the result behind them and focus on the game against Belgium, who defeated Spain 5-2 earlier on Saturday.

He said: "We let ourselves down massively in the first half and at half-time it was kind of done then.

"We knew the Belgium game would turn into a quarter-final and we are happy to have another chance to put this right."

Pinner added: "This doesn't change anything for us. We've played 10 games of tournament hockey this year and this is the first game we've lost in 70 minutes.

"In tournament hockey you don't become a bad team overnight.

"They came out hard and fast from the start and we weren't at the races. We got punished for it, but we will come again on Monday."