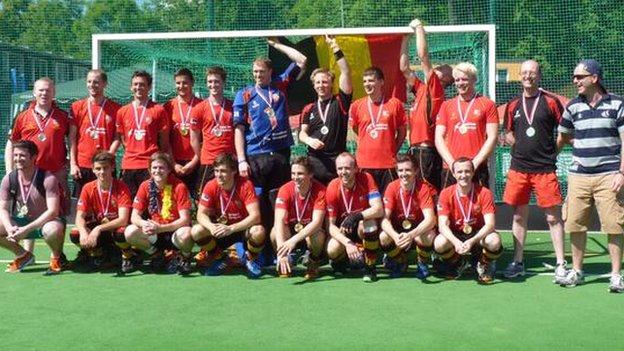 Banbridge won the EuroHockey Champions Challenge I on Monday with a 6-3 victory over Akkord completing a perfect record in the Czech Republic.

Stephen Dowds scored a hat-trick against the Azerbaijan outfit with Josh Moffett, Bruce McCandless and Philip Brown also on target in Rakovnik.

The Ulster side won all four games in the tournament, with Dowds netting nine of their 20 goals.

A 5-2 victory over Grammarians from Gibraltar was followed by a 2-0 win against Czech side SK Slavia Prague.