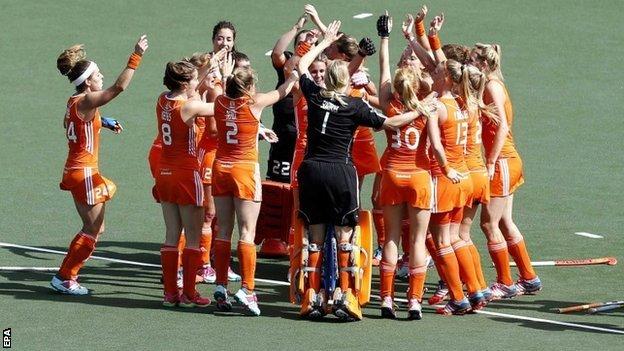 Hosts Netherlands beat Australia 2-0 to win a record seventh women's title at the Hockey World Cup at the Hague.

The Dutch, who took Olympic gold in 2012, went ahead through a Maartje Paumen penalty after Roos Drost was brought down inside the circle.

Kim Lammers slapped in her own deflected shot to double the lead and Australia were unable to respond.

In the men's event, England play Argentina for bronze at 11:00 BST on Sunday, while defending champions Australia and Netherlands contest the gold at 13:15.