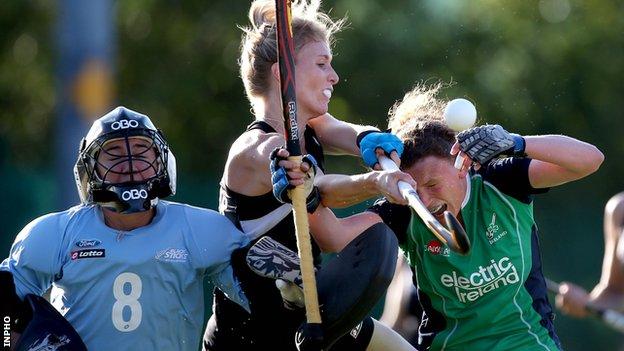 The hosts gifted the Black Sticks their first goal after just three minutes when a defensive error let in Krystal Forgesson to score the opener.

New Zealand doubled their lead on 22 minutes with Forgesson firing in from a tight angle.

The Irish secured a place in the decider against the Black Sticks, who are ranked fourth in the world, after beating Chile 1-0 in their final pool game on Tuesday.

"It was a big improvement from Saturday to Wednesday, we tackled and defended better around the circle," said Ireland coach Darren Smith.

"The way we handled New Zealand's attacking corners, where they scored five from set pieces on Saturday and none in the final, was a big difference.

"We created some good attacks especially in the second half which was good to see.

"We enjoyed the opportunity to play New Zealand, one of the best teams in the world, along with two quality nations in Chile and Canada.

"The Four Nations has been hugely beneficial now we look forward to playing France and Spain in August as we continue our World League preparations."