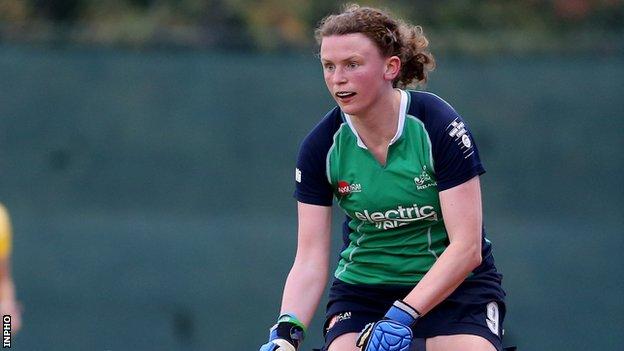 Ireland forward Alex Speers has retired from international hockey after winning 164 caps in eight years with the team.

The 27-year-old Pegasus player made her debut against Scotland in 2006 and went on to captain the team for three years.

"Alex has been pivotal in the Green Army for the past eight years and especially in recent times as captain," said Ireland coach Darren Smith.

"She is an extremely talented international but also a great trainer, team leader and a high quality person."

He added: "There are many qualities that I admire in Alex - one that always stands out is that she will always put the team's interests ahead of herself."

Speers captained the team throughout the London Olympic qualification tournament in Belgium, despite having broken her thumb and undergoing surgery just a few weeks before.