Captain Kate Richardson-Walsh became Britain's most-capped player as her team drew 1-1 with Australia in Perth to leave their series level at 1-1.

The 35-year-old, who made her international debut in 1999, won her 356th cap to eclipse the record held by current GB assistant coach Karen Brown.

Richardson-Walsh said it was a "really special moment" to break the record playing alongside wife Helen.

Sunday's final match in the six-game series is also in Perth.

GB opened the scoring a minute before the break when Helen Richardson-Walsh won the ball high up the pitch.

She burst clear and drew the goalkeeper before slipping the ball to Sarah Haycroft, who finished in assured fashion for her first GB goal.

Australia levelled immediately after the restart. Georgie Parker's first shot was saved by Kirsty Mackay but the forward forced the rebound through the keeper's legs. 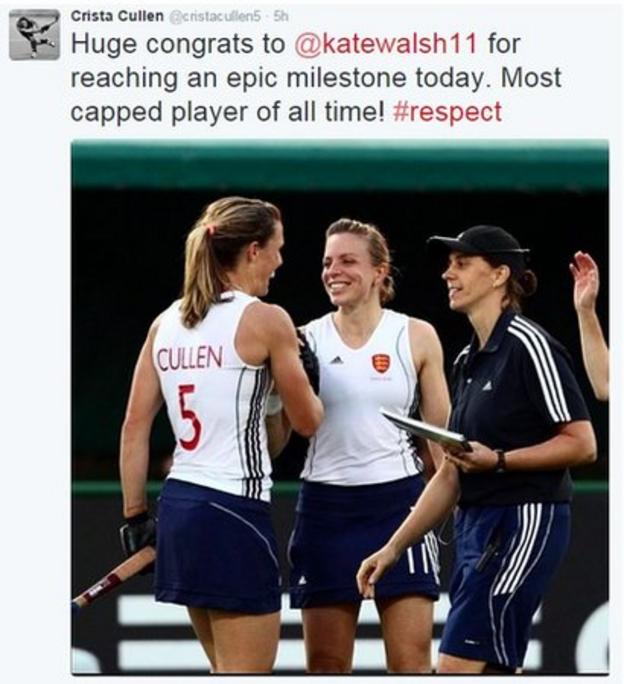 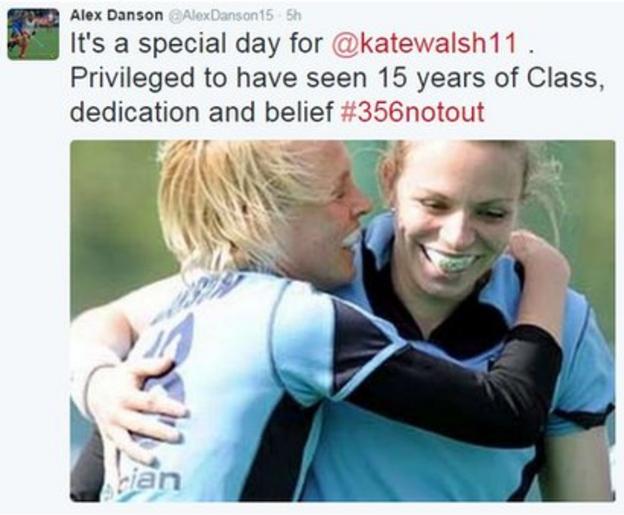 GB coach Danny Kerry: "Kate Richardson-Walsh's achievement today in becoming our most ever capped player is quite simply phenomenal. Her passion and resilience is an example to all."