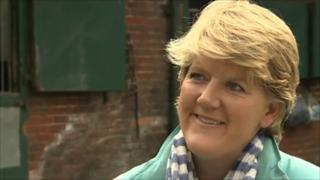 Clare Balding gives her thoughts on the passing of Donald 'Ginger' McCain, who has died aged 80 after suffering from cancer.

Balding says the horse "brought back the magic" to the race, while McCain was an "extraordinary character".