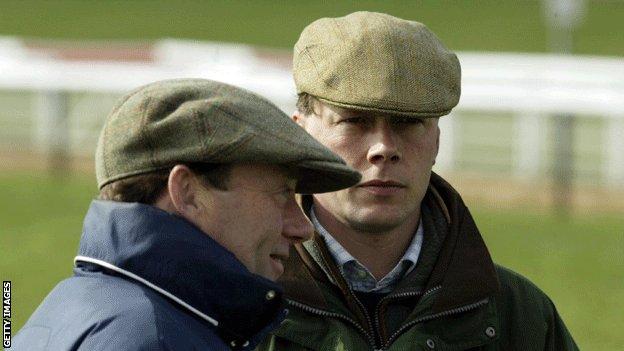 Shropshire trainer Henry Daly has opted not to run Pearlysteps in the Grand National trial at Haydock this weekend.

Pearlysteps, who finished second to According to Pete in the Peter Marsh Chase at Haydock in January, has been entered to run in the Grand National at Aintree on 14 April.

The Ludlow based trainer said: "I just felt that he'd already had two very hard races around there this season.

"To take him back for a third time might just break his heart."

He added: "He'll either go to Ascot for a three-mile limited handicap this weekend or wait for the Racing Plus Chase at Kempton."