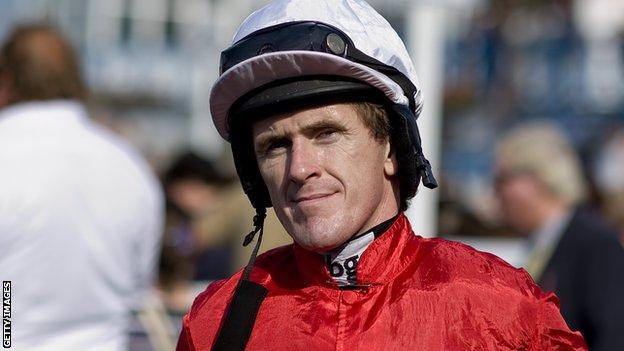 Tony McCoy landed a four-day ban for excessive use of the whip on Prince Of Pirates at Leicester on Thursday.

He got the 9-4 favourite up on the line to dead-heat with Richard Johnson on Brackloon High (4-1) in the Cavalry Novices' Limited Handicap Chase.

But McCoy used the whip once more than the permitted eight times and will miss the first four days of March.

"It's probably best I don't comment," he tweeted in reference to on-going talks over the whip rules.

"Hopefully something will be sorted," the champion jockey added, as the Professional Jockeys' Association and the British Horseracing Authority try to find a satisfactory solution before the Cheltenham Festival.

Although McCoy's penalty would normally attract only a two-day ban, the penalty was doubled because it was his second offence in 12 months.