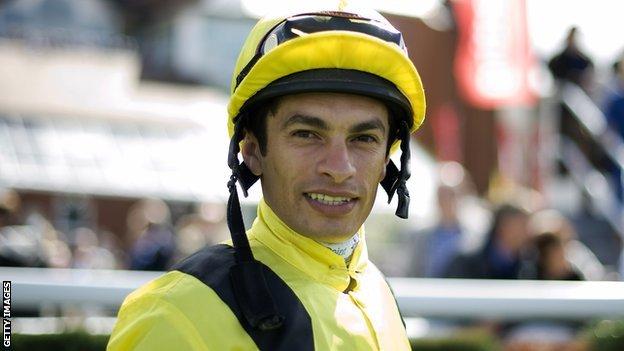 De Sousa, who currently lives in Yorkshire, will relocate to Newmarket and ride alongside Frankie Dettori.

The 31-year-old was a narrow second to Paul Hanagan in the race to be champion jockey last year.

"He will be a big asset to our team and we are very much looking forward to a successful association," said Godolphin racing manager Simon Crisford.

De Sousa joined the stable at the start of the Dubai World Cup Carnival in early January.

"We now have a formal arrangement in place with Silvestre and we are delighted that he will be riding for our stable this year," added Crisford.

"He made a great impression when he was with Mark Johnston last season and he has enjoyed a lot of success at this year's carnival."

Godolphin are expected to have more than 400 horses in training for the 2012 flat racing season.

Speaking to www.godolphin.com De Sousa, who had been linked with the Sheikh Hamdan Al Maktoum job soon to be vacated by Richard Hills, added: "It is a fantastic opportunity for me to be riding for the Godolphin team and I am really looking forward to the European season ahead."