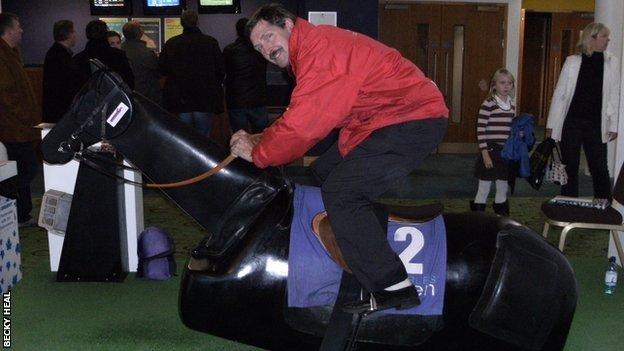 BBC Radio Gloucestershire's racing guru Colin 'the Tipster' Onens brings you a host of tips and horses to watch out for during the 2012 National Hunt Festival at Cheltenham.

Below you can find Colin's seven to follow, complete with their own cautionary notes.

William Hill Supreme Novices' Hurdle: Midnight Game (10/1). Let's hope he could get us off to a flier in the opening race of the Festival.

Stan James Champion Hurdle: Binocular (5/1) - they won't see him coming up the hill, but we will and he could repeat his win of 2010.

The RSA Chase: Grands Crus (7/4), his trainer David Pipe has options over which race to run him in, but if he goes for this, get on him! He is only a short price, but a win is a win.

The Pertemps Final (Handicap Hurdle): Our Father (6/1) looks a good bet, but this is always a hard race, they rarely have any easy-to-pick handicap winners at the festival.

Fulke Walwyn Kim Muir Challenge Cup Handicap Chase (for amateur riders): Sunnyhillboy (14/1). Jonjo O'Neill has a knack of winning races like this. He will need a bit of luck on the run in, but don't they all?

JCB Triumph Hurdle: Saddler's Risk (8/1). The loveable Philip Hobbs knows how to win this, so get on the Sadler there no risk.

Martin Pipe Conditional Jockeys' Handicap Hurdle: Balgarri (8/1), trained by David Pipe, son of the man the race is named in honour of, the whole family would really love to win this race.

And Mrs Tipster's best bet of the festival is on the second day, in the Coral Cup, she likes the 10/1 shot Get Me Out Of Here a lot. There's no pressure on trainer Jonjo O'Neill and jockey AP McCoy, but please don't let her down!

So, what are the bankers to follow at Cheltenham in 2012? On day one we have three.

In the Racing Post Arkle Chase Sprinter Sacre is evens in the betting, can he lose? No. Will he win? Yes, but I have been doing this a long time and Mrs Tipster has to tell me that not all bankers win. So, if you're looking for an each way bet then Menorah at around 14/1 would be good value and hopefully be in the first three.

Quevega is a shoe in for the OLBG Mares' Hurdle. She has won this race for the last three years and is still only eight years old. I would look for an each way bet, but the 1/2 favourite is odds on for a reason and it is because she is the mother of all bankers.

Hurricane Fly is 4/6 favourite for the Champion Hurdle, but he is the banker I am most worried about. I like Binocular and the question is will the Fly see him coming? 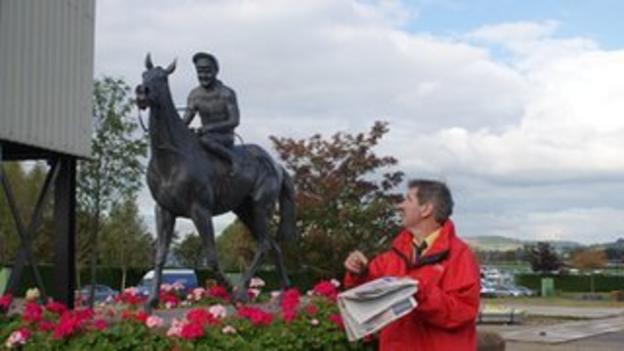 If all three win on the opening day, the bookmakers will not be happy, but hopefully we will be!

On day two if Grands Crus goes for the RSA Chase (and not the Gold Cup) then he will win, well I think he will anyway and at 7/4 the bookies think he has a very good chance. If he goes for the Gold Cup instead he would have a good chance in that as well, but I don't know which race he will run in.

Sizing Europe is evens for the sportingbet.com Queen Mother Champion Chase and some people think this is the banker of the meeting, but I think a few shillings each way on Wishfull Thinking at 16/1 is a better bet.

I know Get Me Out Of Here is 10/1 for the Coral Cup and you will think I am mad to tip it in a handicap hurdle. You are right and I am mad, but even Mrs Tipster thinks this one will win. Jonjo O'Neill will have him spot on, so come on AP, get him home.

On the third day Big Buck's at 1/2 for the Ladbrokes World Hurdle is a banker to really get excited about. If you don't think this will win you are madder than me, and that really is mad!

Albertas Run is a long price at 9/1 for the Ryanair Chase, considering he has won the race for the last two years. How good would it be if he can complete the hat-trick? He likes Cheltenham and remember he won the RSA Chase back in 2008, so he has won three Festival races in his career.

On the final day I like Boston Bob at 3/1 in the Albert Bartlett Novices's Hurdle. If his trainer Willie Mullins lets him go for this one, he will win because he has a touch of class.

The Betfred Cheltenham Gold Cup is the top race of the meeting and there are no bankers in this, it is too hard a race for that. If Kauto Star is fit after his fall at home on the gallops and runs we would all love him to win it, but for me it would be Long Run. How about a dead heat? Now that would keep everyone happy.

As well as just giving you my own thoughts, I have been asking trainers for their best hopes from their own yards, starting with some of those based nearest to Cheltenham in Gloucestershire.

David Bridgwater's stable star is The Giant Bolster, he is 16/1 for the JLT Specialty Chase on the first day and this is one good horse.

Kim Bailey tips Midnight Haze for us in the Glanfarclas Cross Country Chase and at 33/1 this could be a good each way bet. 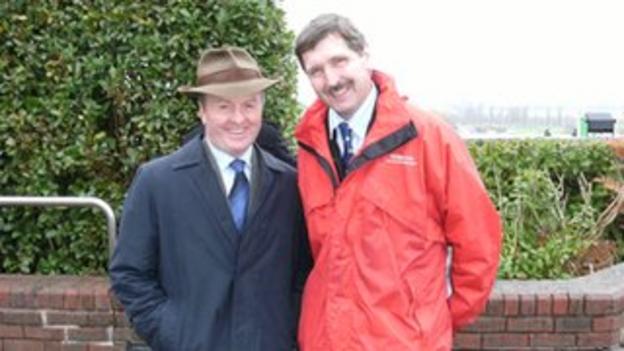 Jonjo O'Neill's big hopes are Get Me Out Of Here for the Coral Cup on the second day and Sunnyhillboy in the Fulke Walwyn Kim Muir Challenge Cup Handicap Chase on day three. Need I say more?

Nigel Twiston-Davies thinks his best chance of adding to his 13 festival winners so far lay with The New One who is 16/1 for the Weatherbys Champion Bumper on day two and Astracad in the final race of the Festival, the Johnny Henderson Grand Annual Chase. I'm hoping they both win for Nigel.

Unsurprisingly Tom George points to Baby Mix who, after winning at Cheltenham in December, is 6/1 for the JCB Triumph Hurdle on the final day. Jockey Paddy Breannan knows how to get them home at Cheltenham as well.

Martin Keighley's best hope is Champion Court who is 8/1 for the Jewson Novices' Chase on the third day and he goes so well at Cheltenham.

As for horses trained outside of Gloucestershire I have only got five for you, but they come from some of the very best trainers on either side of the Irish Sea.

Champion trainer Paul Nicholls has got so many good horses, but one you might not have thought of is Sonofvic on the third day in the Pertemps Final.

David Pipe suggests that we follow Grands Crus (RSA Chase or Gold Cup) and Our Father who is entered for both the Coral Cup and Pertemps Final, so check which race he runs in.

There you go - a whole host of tips from some top trainers, thank you to all of you and good luck, let's hope for lots of winners!