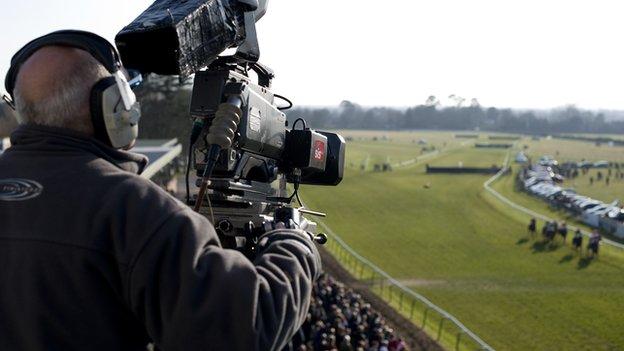 Channel 4 has secured a four-year deal to broadcast the Grand National, the Derby and Royal Ascot from 2013.

The deal means Channel 4 will be the exclusive broadcaster of British racing on terrestrial television.

The BBC put in as "competitive a bid as possible" to maintain the rights.

BBC director of sport Barbara Slater said: "We are of course disappointed that we have lost the rights, but we are pleased that all the races in the contract remain free to air."

This year's Grand National on 14 April, together with the Derby and Royal Ascot in June will be screened on the BBC.

"Our coverage this year will mark the end of a partnership covering some of the key events of British racing that extends over 50 years," Slater added.

"The BBC are proud of their long heritage of broadcasting horse racing and put in as competitive a bid as possible in the current climate.

"We still look forward to broadcasting the Grand National next month and then the Derby and Royal Ascot which have special significance in the Queen's Diamond Jubilee year."

Slater said the BBC was "very proud" of its role in ensuring iconic moments in racing had reached the "widest possible audience".

"Over those many years we have consistently improved and enhanced our coverage, producing outstanding programming that viewers have hugely enjoyed," she said.

Radio rights for racing remain the subject of continuing negotiations.

Jamie Aitchison, Channel 4 sports editor, said: "This is an opportunity for us to work together to grow the sport, painting the full picture of both the flat and jumps seasons to attract new viewers whilst rewarding those loyal viewers we value so highly."

Richard FitzGerald, chief executive of Racecourse Media Group (RMG), who headed racing's negotiating team, said the BBC had been a "fantastic partner for British racing and helped the sport to grow its attendances and TV audience in recent times".

"This new deal will not only deliver increased revenues for British racing, but with all of our sport's crown jewels in its portfolio, Channel 4 offers a compelling vision to innovate the way racing is broadcast."