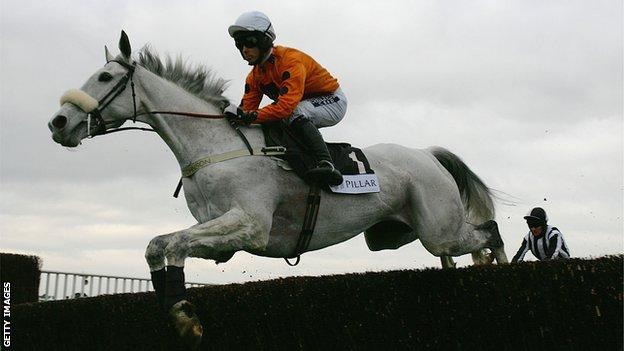 The 2004 Grand National winner Graham Lee has cited weight issues as his reason for switching to Flat racing.

Lee, who won on Amberleigh House, admitted he struggles to put enough weight on to ride the jumps.

"I've always had to work very hard keeping weight on me with training and it's just fallen off me since the fall at Southwell," he said.

"I can't really face the gym to get a stone back on me, so I'm going to go Flat racing."

The 36-year-old also rode five Cheltenham Festival winners including a treble in 2005 on Inglis Drever, No Refuge and Arcalis. He is currently sidelined after a heavy fall in Southwell in February which has been key to his decision.

"I got home from the hospital and I was 9st 12lb, and I got on the scales this morning and I was 8st 12lb, so I've taken a stone off in just over five weeks," he added.

"I love riding over jumps and I always have done.

"I got a fall at Huntingdon in 2008 and suffered quite a bad head injury. I actually thought about it then, because I had to work so hard at being a stone above my fighting weight."