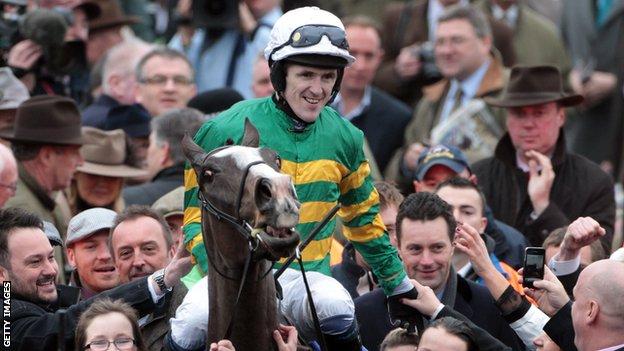 Tony McCoy headed the honours list at an annual horse racing awards as he picked up his 18th Lester after being named Jump Jockey of the Year.

McCoy, 37, has claimed 196 jump victories throughout the season, with the highlight his Cheltenham Gold Cup success on Synchronised in March.

Champion jockey Paul Hanagan received the Flat Jockey and Ride of the Year titles at the ceremony on Thursday.

Cathy Gannon was named Lady Jockey, and Martin Harley Apprentice, of the Year.

The event, named after 11-time British flat racing Champion Jockey Lester Piggott, celebrates the achievements of both flat and jump jockeys during the previous 12 months.

Paul Struthers, chief executive of the Professional Jockeys Association, said: "For jockeys, there is no greater recognition than that of one's peers in the weighing room. Every Lester that has been won this year is hugely merited."