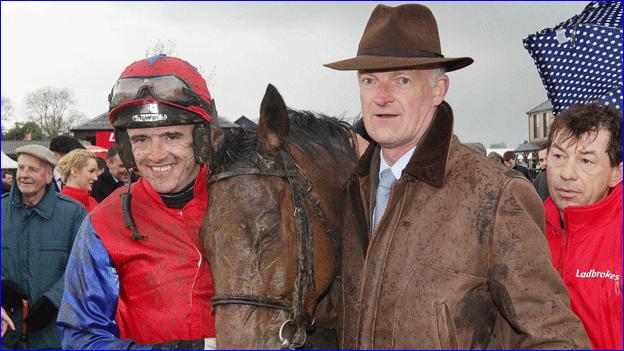 Quevega won the Ladbrokes World Series Hurdle for the third consecutive year at Punchestown on Thursday.

The mare, ridden by Ruby Walsh, won the Grade One race by five and a half lengths from Voler La Vedette, ridden by Andrew Lynch, with Mourad third.

Mullins was also full of praise for the horse, which has won the last four David Nicholson Mares' Hurdles at Cheltenham.

"Last year she nearly fell at the last fence but there was no chance of that this year - Ruby had no problems with her.

"If it came down to a sprint, we knew she would win - she won three races on the flat before she came to Ireland.

"She's a really good mare and she showed that in this race."

Quevega is owned by the Hammer and Trowel Syndicate.