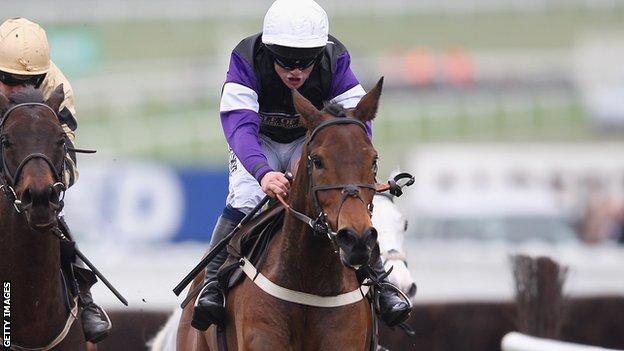 The six-year-old gelding was killed instantly after colliding with a tanker at 02:30 on Saturday.

"He jumped out of his paddock and was hit by a tanker. He died instantly," said an emotional Russell.

"Brindisi Breeze was Scotland's first Cheltenham Festival winner for 10 years and will be sorely missed by the whole yard."

Brindisi Breeze gave Russell and jockey Campbell Gillies their first success at jumps racing's premier meeting in the Albert Bartlett Novices' Hurdle in March and looked to have a bright future.

"We'll never forget his kind, honest nature. When a horse has achieved so much in his short life, it is deeply upsetting."

Tayside Police reported that the driver of the tanker was uninjured.