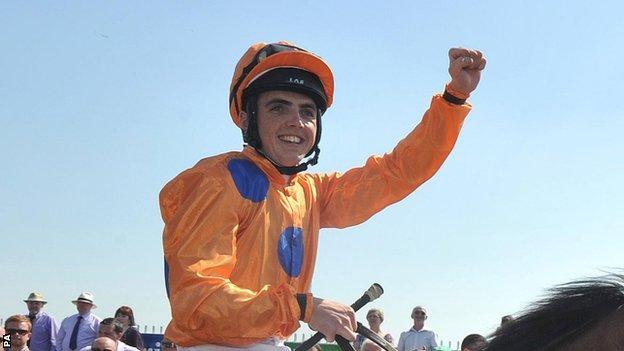 Trainer Mick Channon praised young jockey Martin Harley after he rode 12-1 shot Samitar to victory in the Irish 1,000 Guineas at the Curragh.

It handed Channon his first Classic win since he started his training career 22 years ago.

He said: "The owner believed in me by putting Martin on and he got it spot-on - she was ridden with confidence."

Following success in both the 1,000 and 2,000 Guineas at Newmarket and the Irish 2,000 Guineas on Saturday, trainer Aidan O'Brien had three challengers in the race.

But when his 11-8 favourite Homecoming Queen weakened it was Samitar who finished strongly to claim the win.

Harley said: "It was a big opportunity to be given my first ride in a Classic. The boss has given me a lot of chances and to give me a ride like this in a Classic is unbelievable.