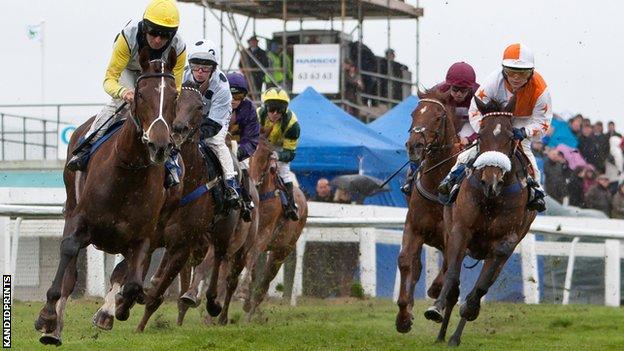 The prize money for this season's remaining non-sponsored races at Les Landes have been halved, Jersey Race Club has confirmed.

Finances have been hit by smaller crowds during the opening meetings of the year because of heavy rain.

There have also been problems attracting corporate sponsors.

"I understand why owners and trainers are disappointed but we have to remain a viable business," said the club secretary Charlotte Dickson.

"If our luck changes with the weather then the prize money will be reinstated immediately.

"We do sympathise with the feelings of the owners but to enable us to keep the race course in the condition it needs to be costs a lot of money."

The Diamond Jubilee meeting on Monday is unaffected by the changes because the races are sponsored.

"We are celebrating the Queen's Jubilee by engaging in her favourite sport," Dickson told BBC Radio Jersey.

"She has a long history with horse racing and I'm hoping lots of people will come and support us this weekend."