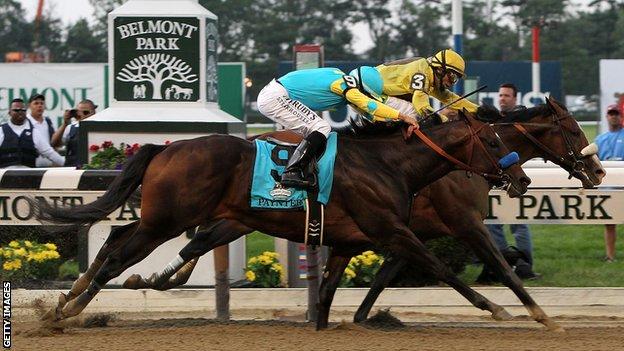 Paynter finished second and Atigun third in the final leg of the Triple Crown of the Kentucky Derby, Preakness Stakes and Belmont Stakes.

Odds-on favourite I'll Have Another had earlier been withdrawn from the $1 million race with a swollen tendon.

The three-year-old won the Kentucky Derby in May but has been retired to stud after the injury ended his career.