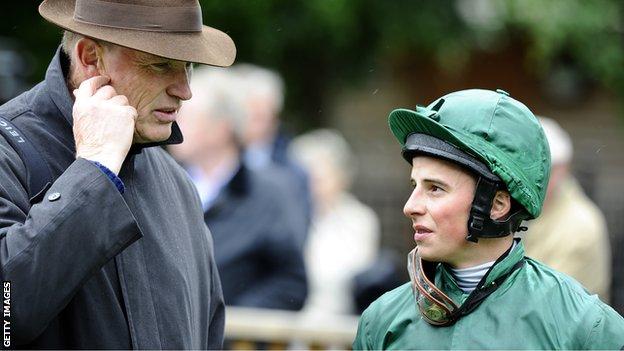 Mid-July is, of course, far too early to be talking about Flat racing's trainers' championship.

Four of the five Classics and Royal Ascot may be behind us, but we are not yet halfway through the March-November season, and a string of big-money opportunities are ahead.

But such has been the imperial nature of the recent purple patch being enjoyed by John Gosden that "title talk" has come early this year.

If it [the title] comes our way, that's fine, but I won't be pursuing it

Momentum gathered by Gosden well before a rampant Ascot fixture has continued, with Nathaniel's success in Sandown's Group One Eclipse Stakes the latest part of this lucrative run.

So, although these are, as they say, early days, the fact is that he lies second in the prizemoney-judged championship, less than £500,000 behind Aidan O'Brien.

And for the crucial second part of the campaign, the Newmarket-trainer will have tremendous strength in depth to aid the quest for what would be a first championship.

Nathaniel will lead a positive army of future runners; in contrast, four-time champion O'Brien won't have anything like the quantity of weaponry, even though there's no doubting the quality.

But, however big the pots they will be chasing, it's quite likely principal flag bearers Camelot and St Nicholas Abbey will only race once or maybe twice more in Britain this year.

A well-contested trainers' competition could add even more interest to a season already made compelling by memorable performances by Frankel, Black Caviar and Camelot.

Unsurprisingly perhaps, Gosden, a 7-2 shot behind 6-1 on favourite O'Brien, is playing down the situation.

Were he to pull things off, and reach the very top, success would taste sweet, not least because it could hardly be described as of the overnight variety.

Son of trainer John "Towser" Gosden, he returned to Britain from a period training in California at the end of the 1980s.

With the backing of owner Sheikh Mohammed, many decent judges were tipping Gosden to quickly achieve great targets, but it took a few years to fully hit his stride.

An influential columnist in the Sporting Life newspaper famously even questioned whether he was really up to the job.

It was pretty hurtful stuff as he himself admitted in a BBC interview a few months later, ironically after saddling the first of four St Leger winners, Shantou (1996).

Perhaps it acted as some kind of a spur because since then Gosden and his team have never looked back, these days routinely winning major prizes.

With up and coming jockey William Buick at his side, currently, they have the job by the scruff of the neck. Championships for both are surely not far off, perhaps not far off at all.