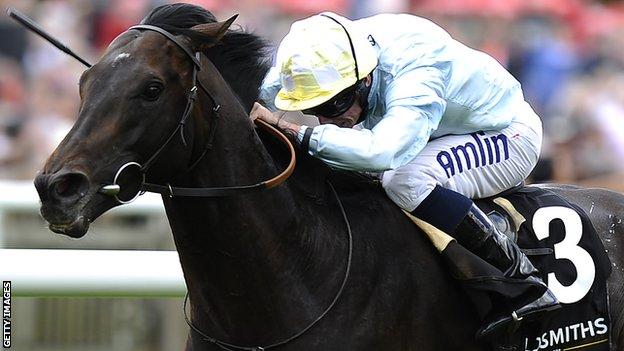 Fiorente won the Princess of Wales' Goldsmiths Stakes, as trainer Sir Michael Stoute triumphed in the Newmarket race for a ninth time.

It is a first win from seven starts for Fiorente, ridden by Ryan Moore, who was two and three-quarter lengths ahead of Joshua Tree, with Red Cadeaux third.

Favourite Harris Tweed led until the last couple of furlongs before fading to a disappointing fourth.

"He's a horse I have always held in high esteem," said Stoute.

"He's had a couple of disappointments and I haven't made any plans for him at all."

Red Cadeaux trainer Ed Dunlop said: "It could have been one race too many and he has shown that ground that soft doesn't suit him. He'll now have a break before [the Melbourne Cup] in Australia."