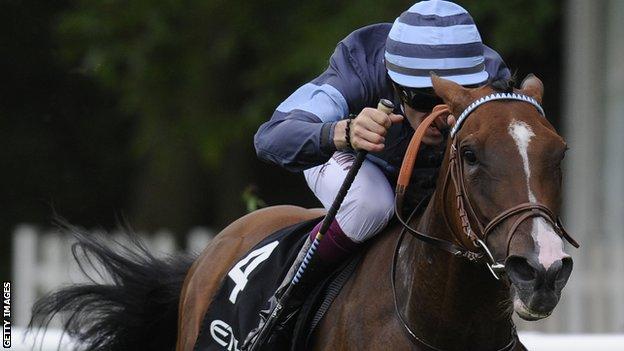 The 10-1 shot, trained by Alain de Royer-Dupre and ridden by Christophe Soumillon, won by half a length from Frankie Dettori's mount Elusive Kate.

"The pace wasn't that quick, I wouldn't say I wasn't happy but a quicker pace would have been better as she was a bit keen," said Soumillon.

"When I asked her to go at the two-furlong marker she was going very well and I knew I just had Frankie to beat."

After winning over one mile two furlongs, trainer De Royer-Dupre suggested it was not out of the question his filly could step up to a mile and a half for the Prix de l'Arc de Triomphe in October.