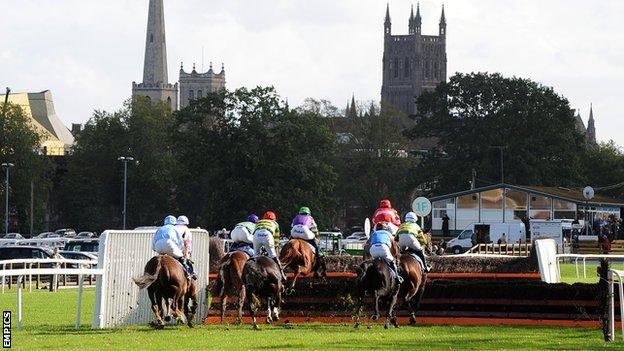 Worcester have been forced to water their course just a week after having to abandon a planned day's racing because of a waterlogged track.

Despite record rainfall over the last month, the sunny weather has forced officials to water before Wednesday's latest eight-race card at Pitchcroft.

"There's a lot of moisture under the surface," clerk of the course Fergus Cameron told BBC Hereford & Worcester.

"But, as the moisture leaves, so the ground tends tighten up."

He added: "We need to make sure the ground is safe for the horses.

"All we're doing is putting some of that moisture back into the ground to ensure the going is as good as it can be."

Worcester have 95 declared runners for Wednesday's card, in which champion jockey Tony McCoy has two rides - in the final two races of the day.