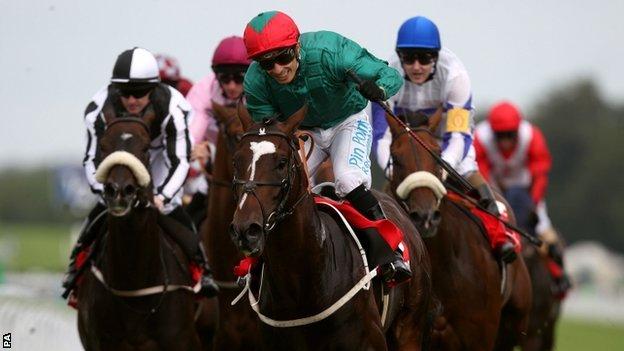 Fulbright was tackling this distance for the first time and he held off Mabait to win by more than a length.

Johnston said: "We were running him over six [furlongs] clearly we haven't got a clue. He's out of handicaps now, it's going to have to be Group races."

De Sousa added: "There was plenty of speed in the race and he's a horse that has won over six furlongs and seven so I had no doubt I'd have the speed to travel whatever the pace was.

"I was just tracking the leaders and he was enjoying being there so I just let him enjoy the race."

The 7-1 chance lead into the home straight and kept fast-finishing outsider Mabait (33-1), ridden by Alice Haynes, at bay.

Australian trained mare Ortensia, the 6-1 joint favourite, made it third time lucky in Britain this summer when winning the featured Gordon's King George Stakes after defeats at Royal Ascot and in the July Cup at Newmarket.