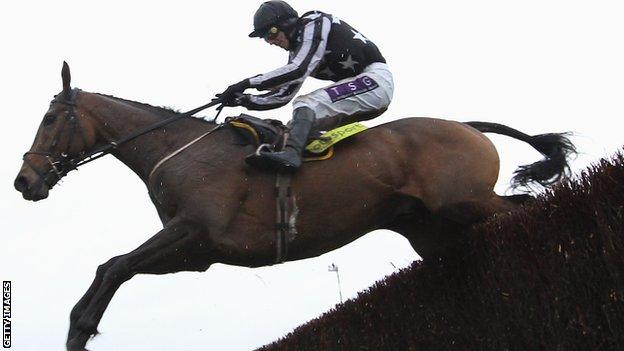 Imperial Commander has been ruled out of a return in Saturday's Betfair Chase at Haydock after suffering an injury.

The 11-year-old won the 2010 Cheltenham Gold Cup but burst a blood vessel when defending his crown the following year and has not raced since.

Six months later he tore a tendon in his foreleg, and has now has a small bone fracture in a hind leg.

Trainer Nigel Twiston-Davies said: "It's nothing dramatic, but he won't be in full work for around six weeks."

He added: "It's disappointing but these things happen.

"We'll see how we get on but the obvious race for him when he comes back is the race at Cheltenham in January (Argento Chase)."

The 2011 Gold Cup winner Long Run is set to head the field for Saturday's race.