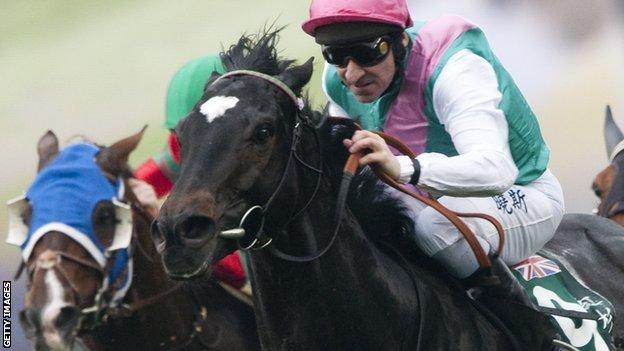 Epsom Derby-winning jockey Michael Hills says he will retire next month after a career which brought more than 2,000 winners.

"You can't go on too long and I've had a great career and I've really enjoyed it," Hills told BBC Sport.

Michael Hills on retiring at 49

"It's extremely hard nowadays because of all the mileage and the not so great racing earlier in the week. If you don't put the groundwork in on the Mondays, Tuesdays and Wednesdays, you are not going to get the rides at the weekend."

"I'll be 50 in January. Any jockey who can ride into their late 40s at a high level is extremely fortunate."

The Newmarket-born jockey plans to retire when the turf Flat racing season ends on 10 November.

Hills, whose first winner was Sky Thief at Nottingham in August 1979, was champion apprentice four years later and went on to a string of big-race wins in the UK and abroad.

He has won a total of 32 Group One races, including victories in Britain, Ireland, France, Germany, Italy, Spain, Sweden, Hong Kong and the United Arab Emirates.

His Derby victory came on the William Haggas-trained Shaamit, who won on his first race of the season.

"I won 22 times on him over nine years, and it was a great achievement between me and the horse," he said.