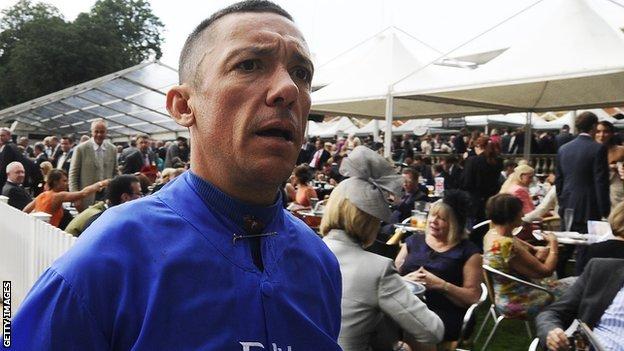 The jockey's solicitor, Christopher Stewart-Moore, said the inquiry, by France Galop, would begin next week.

In a statement, Stewart-Moore said: "As a consequence of a positive test at Longchamp on 16 September 2012, he will be the subject of an inquiry by the medical committee of France Galop."

He was then beaten by a head into second on Godolphin's Farhh in the Prix du Moulin and was third for his former employers on Willing Foe in the Prix Gladiateur.

France Galop have not commented on proceedings and in keeping with similar previous cases, they have not issued a statement before the hearing.

"Whatever the outcome, Dettori is such a huge name so there'll be much interest in this hearing next week," said BBC Radio 5 live racing correspondent Cornelius Lysaght.

"If found in breach of any rules in this area jockeys can normally expect automatic suspensions."

Last month, three-time champion jockey Dettori announced he is to split with Sheikh Mohammed's Godolphin operation after an 18-year association.