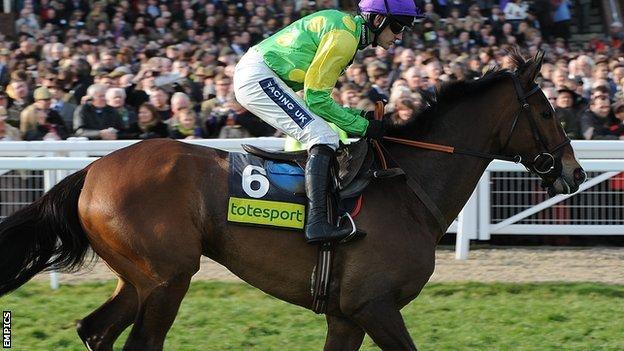 A statue of Kauto Star was unveiled at Haydock on Saturday and Smith said he believed he could compete again.

Trainer Paul Nicholls told Channel 4's Morning Line programme: "Kauto Star is in as good a shape as ever.

"We're very happy we retired him at the top when he was in such good shape.

"It was a hard decision (to retire him) but it was the right decision.

"He needs to be doing something active, but we've got to have discussions with Clive to see what we do from Christmas onwards.

"We've got to make the right plan for the horse. He needs to be kept safe and he needs a good rider on him."