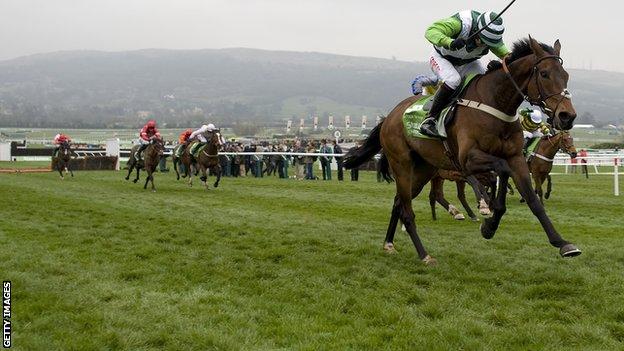 When Newcastle's clerk of the course James Armstrong avoided a single abandonment in 2011, so completing a rare 'full house' of fixtures, he feared there might be a price to pay.

Trudging around the rain-drenched Tyneside track this week examining the course where the important Fighting Fifth Hurdle is due to be staged on Saturday, he's all too aware of the cost.

While all the 30 fixtures took place last year, four-and-a-half (a storm hit the north-east midway through a Thursday in June) have been abandoned this time around amidst unprecedented rainfall.

"After those amazing figures last year, the weather has certainly come back to haunt us, and a very odd pattern is emerging because the amount of rain normally averages itself out."

Armstrong supervises a team of six ground staff members who've been 'saving' areas of the running track and moving rails to ensure optimum conditions for Newcastle's big jumping day of the season.

Triumph Hurdle winner Countrywide Flame and Supreme Novices' Hurdle victor Cinders and Ashes are in a small field for the feature, a recognised stepping stone to the Cheltenham Festival.

Armstrong said: "Every millimetre that falls on saturated ground is a worry. I'm as hopeful as I reasonably can be [that it goes ahead], but whatever happens the going will be testing.

"We are here to race, but there's nothing we can do about the weather so we keep smiling, and compared to those people flooded yet again in the south west and elsewhere, we are fine really."

Nationwide, 108 racing days have been lost to the weather so far this year, compared to just 21 in 2011, and on course to get close to the highest recent figure of 141 two years ago.