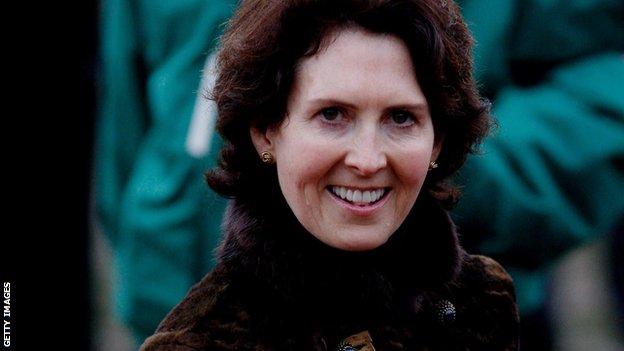 The 5-1 second favourite cleared the final fence in third place but jockey Robbie Dunne powered the eight-year-old home in style, half a length ahead of Godsmejudge (9-1).

Favourite Pete the Feat (5-2) was third in the feature race of the day.

It was win number 55 of the season so far for Williams.

The early stages were marked by numerous mistakes over the fences in the 3m 5f handicap and a stumble over the last looked to have ended Rigadin de Beauchene's chances.

But Charlie Longsdon's prolific Pete The Feat - aiming for a sixth successive victory - ran out of steam when it mattered, despite Noel Fehily's best efforts.

And Dunne was able to find something extra to steal a march on Wayne Hutchinson and Godsmejudge at the last in a thrilling finish.