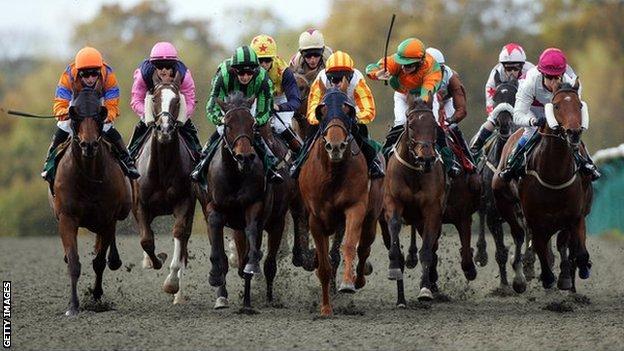 Jockey Andrew Heffernan was also among those charged by the British Horseracing Authority (BHA).

The result of the inquiry will be announced on Friday 25 January.

Allegations against the nine people accused of wrongdoing focused on gambling on horses to lose on betting exchanges.

"The BHA will make no comment regarding the hearing until the result and reasons are published, and will provide no indication as to which of the defendants did or did not attend the hearing," read a BHA statement.

"The result of the hearing is expected to be published, with full written reasons, on Friday 25 January.

"Any necessary penalty hearings will also be heard on this date, with penalties to be published later that afternoon. Reasons for penalties will then follow in due course."

Chopra, who has admitted to a gambling problem, said he would not attend the hearing, which was scheduled to last 10 days, but was concluded in four.

He and the other footballers have been accused of betting using inside information provided by Heffernan.

If found guilty, those accused face disqualifications from involvement in racing.

The BHA said nine races at the centre of the investigation took place between 1 November 2010 and 31 March 2011.

The jockey, who now races in Australia, was alleged to have not ridden the horses on their merits to obtain the best finishing position possible.

And he was accused of communicating "to one or more betting exchange account holders information relating to the prospects in the race of that horse".

Coppinger, who has denied any corruption, is back at Doncaster after a loan spell with Nottingham Forest.

The BHA said the "unlicensed individuals" were accused of using inside information.

Inglis was accused of offering to take a bribe or bribes from Chopra, Garner, Joshee, Shelley and Wilson.

Garner was charged with placing lay bets - betting on a horse not to win - on horses trained by Alan McCabe, when he was working as a stable employee for the trainer.