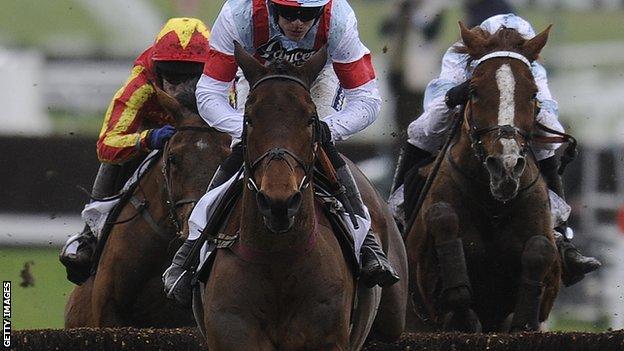 Katenko has been withdrawn from the Cheltenham Gold Cup and the Grand National after undergoing an emergency operation for colic on Friday.

The seven-year-old, trained by Venetia Williams, had won his last two races and was about a 20-1 chance for the Gold Cup.

But he has now been taken out of the biggest race, on 15 March, of the Cheltenham Festival.