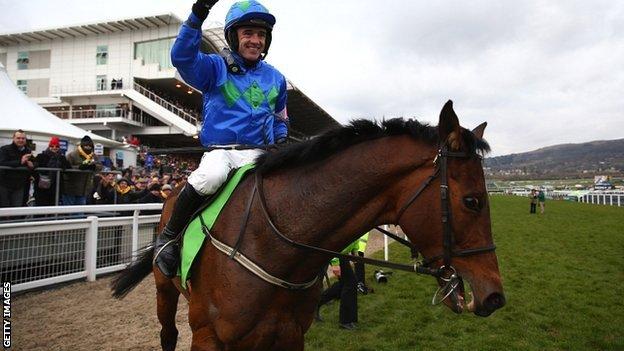 They say that plans for the next Cheltenham Festival get under way pretty much as soon as the last of the runners have crossed the winning line in the last race.

So, that must mean it's a good time too for journalists and broadcasters to do their equivalent, and here (hopefully, not to return and haunt me) I present my six to watch for 2014.

Hurricane Fly: champion again, or maybe a new one?

Hurricane Fly's historic regaining of the Champion Hurdle title he won in 2011, but ceded to Rock On Ruby (second this time) a year later, continued the finest of runs, but holding on to it again may be problematic.

The younger brigade is lining up against the nine-year-old, headed by two highly-promising Festival novice winners in Our Conor (Triumph) and The New One (Neptune).

Our Conor, only four, was so utterly dazzling when thrashing his rivals that you couldn't help but think that he'd have been a plausible opponent for Hurricane Fly this season.

Traditional thinking has it that Triumph Hurdle victors are up against it in the following campaign, but Countrywide Flame, third behind 'The Fly', showed that's not always the case, and he's another one sure to be back for more in 2014.

The two-miles of the Queen Mother Champion Chase, is Sprinter Sacre's distance, and that's where he is expected to be staying, with the title at his mercy on current evidence.

He's something of an unfinished article at the moment, a bit fresh and exuberant to be asked to race a lot further than the two miles now maybe, but when he settles down, who knows?

Henderson tends to laugh off talk of a clash, but I'm not sure he really wants two of his brilliant stable stars taking each other on when it's widely believed Sprinter Sacre would come out on top.

It's possible Simonsig might eventually be a Gold Cup candidate.

Queen of Cheltenham: six in a row for Quevega?

She'll only be 10 years old in 2014, and Quevega will be short odds to surpass 1930s Gold Cup legend Golden Miller and win 'her race', the mares' championship, for a sensational sixth time.

A combination of not 'having too many miles on the clock'- i.e. she doesn't race often - and a vast superiority to her peers would make her hard to beat.

This year's winning distance of one-and-a-half lengths was her narrowest of the five, but should not be taken as any sort of diminution of her abilities.

Something happened at the top of the hill - jockey Ruby Walsh thought she trod on herself- but the manner in which she recovered and stormed home was nothing short of exemplary.

The Big Buck's return: has he anything to fear in the World Hurdle?

In the absence of four-time champion Big Buck's through injury, many thought they had a chance of glory, and this became the most competitive of the 'big four' races of the week.

People have been a little sniffy about the winner, Solwhit, already victorious at Grade One level six times in shorter races, but the manner in which he galloped up the final hill, so dismissing stamina doubts, was striking.

I'm not saying he would defeat a returning Big Buck's, but this horse, four times a runner-up behind Hurricane Fly, has plenty of class, together with versatility, and could be relied upon to make a race of it.

At Fishers Cross is also emerging in the staying hurdles division, and looked a real young professional in the Albert Bartlett Hurdle, while Oscar Whisky's World Hurdle bolt looks shot.

Worth his weight in gold: Bob's Worth repeat?

Gold Cup winner Bob's Worth, and the runner-up Sir Des Champs, were the top Festival staying novices last year, and with luck they will renew rivalry in 2014 and for some years to come.

Bob's Worth clearly relishes the Cheltenham challenge, especially the final hill, and coped with the rain-softened going, while Sir Des Champs seemed less happy. Both would prefer drier conditions.

That's five from five on the track for Bob's Worth, including a Festival hat-trick, rare for comprising three different races, and it would be no surprise to see him make a triumphant return next time.

Long Run, the 2011 winner, and The Giant Bolster were, like 12 months ago, gallant frame-fillers, and it's hard to imagine either making up the ground needed to overcome the first two.

Sir Des Champs' stablemate Boston Bob came down at the last in the RSA Chase when going strongly, and he'll quite likely be aiming at the Gold Cup, as will RSA winner Lord Windermere, a relentless galloper.

Bryan Cooper: the next Ruby?

There's no doubt 2013 was the year that jockey Bryan Cooper, 20, burst into the wider consciousness with his first three Cheltenham Festival winners. 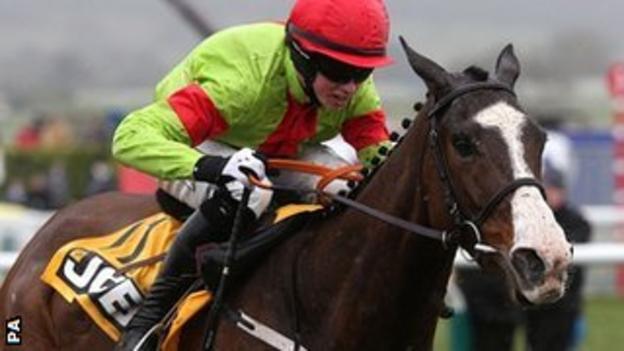 Despite the pressure of being on board one of the Irish 'bankers', Our Conor, the son of trainer Tom Cooper showed maturity way beyond his years, steering the horse to a wide-margin victory.

And those skills clearly extend beyond the saddle with the ex-pony racing rider, who aged 10 'led up' his father's runner Total Enjoyment when she won the Festival Bumper, shining in media interviews.

When asked about being 'heir apparent' to Ruby Walsh, Cooper based with Dessie Hughes, trainer of Our Conor, replied that "of course he was flattered" and "would be pleased to be half as good".