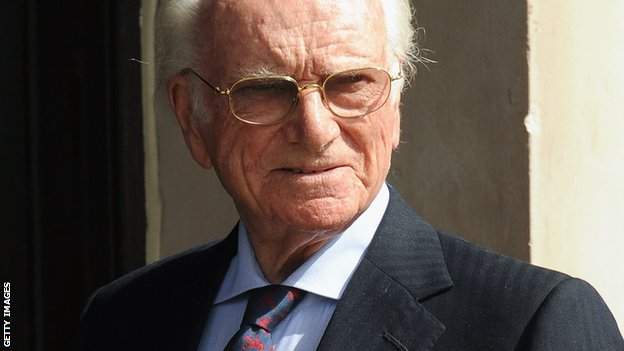 The 95-year-old, who commentated on 50 Grand Nationals before retiring in 1997, has made encouraging progress in London's Charing Cross Hospital.

O'Sullevan, who lives in south-west London, will not be fit enough to attend next week's Grand National.

But the 'Voice of Racing' told friends Cappa Bleu is a good each-way chance.

O'Sullevan, also a successful racehorse owner and journalist, was knighted in 1997 and in the same year set up his Charitable Trust, which has since raised huge amounts for animal and racing-related charities.

He enjoyed good health into his 90s and drove himself to the Prix de l'Arc de Triomphe meeting in Paris in October 2012.

O'Sullevan was taken ill on Sunday, detecting the minor stroke himself.

Friends said he was lucid, in good spirits and that he was able to walk around the grounds of the hospital.