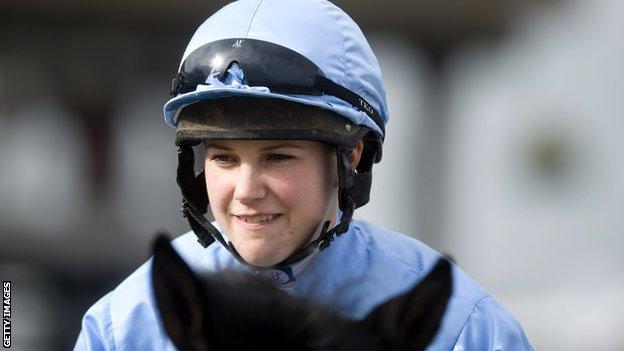 Lucy Alexander and Amy Ryan have been awarded Lesters for 2012 - the first time two individual female jockeys have won the awards.

The Lesters recognise the achievements of jockeys from both flat and jump racing throughout the year.

Tony McCoy won two awards to take his tally to 20, including being named Jump Jockey of the Year for the 16th time.

He was also awarded Jump Ride of the Year for his performance on Synchronised in the Cheltenham Gold Cup.

Champion flat jockey Richard Hughes won his first Lester after being voted Flat Jockey of the Year by his peers.

Henry Brooke was named Conditional Jockey of the Year, while Michael O'Connell's ride on Qubuh at Hamilton Park in May was voted Flat Ride of the Year.

The Flat Jockey Special Recognition award was given to Michael Hills, who retired in November 2012 after a career which brought over 2,000 winners.

Campbell Gillies, who died in June 2012 while on holiday, was awarded the Jump Jockey Special Recognition Lester.