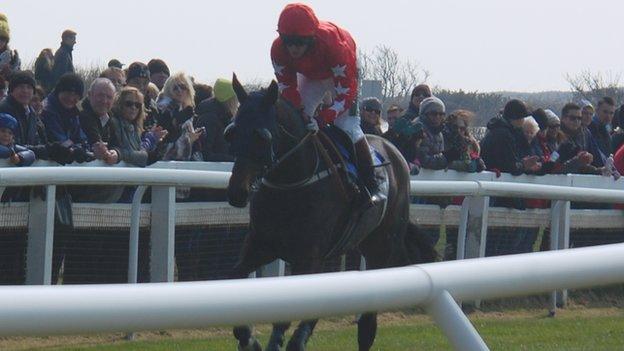 If I Had Him, owned by Sir Alex Ferguson, eased to a comfortable win in the Jersey Race Club season opener.

He steered Neuilly to an eight-length victory over stablemate Lang Shining.

Both horses were trained by Alyson Malzard and in the day's feature race, the Jersey Bookmakers Handicap, she was successful again with Pas D'Action first past the post, with favourite Sutton Sid back in sixth place.

More than 1,000 people turned up to watch the first meeting of the year at Les Landes and they also saw Josh Baudains ride Becks Bolero to victory in the Adorne Double D Cup by three lengths from Major Maximus.

The final race on the card, the Channel Island Racing and Hunt Club Handicap, went to I'm Harry at 9-4, trained by George Baker.