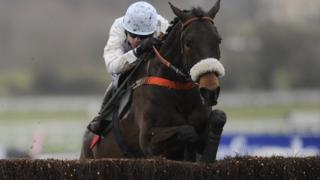 The 12-year-old missed this year's Cheltenham Gold Cup because of illness but is now primed to compete at Aintree.

With son Sam in the saddle, Twiston-Davies is looking for his third Grand National victory after wins in 1998 with Earth Summit and 2002 with Bindaree.