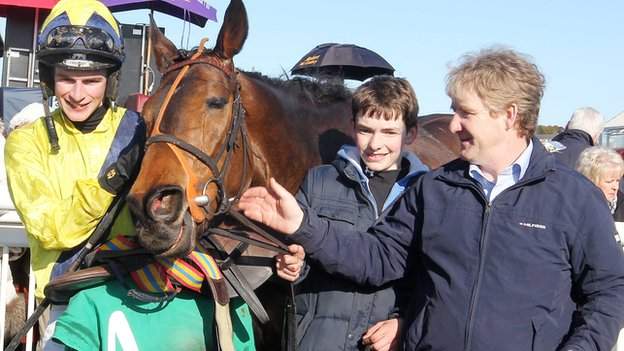 Danny Mullins steered Pineau De Re to an emphatic victory in the Ulster Grand National at Downpatrick on Wednesday.

The 10-year-old, trained by Philip Fenton in County Tipperary, pulled away from runner-up Shabra Charity over the last two furlongs to win by 23 lengths.

Kingsmoss was third with 5-1 favourite Fever Pitch a long way back in fourth in the three-and-a-half-mile chase.

Jockey Mullins is the nephew of well-known trainer Willie Mullins.

Pineau De Re, owned by Dublin financier Barry Connell, was always well placed during the 16-fence race and was never going to be caught after hitting the front.