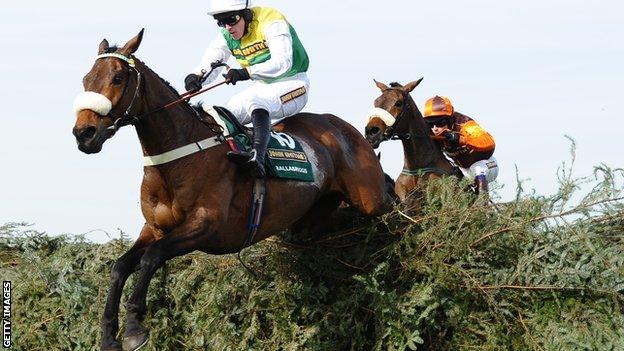 The 12-year-old, who won the Grand National in 2011, pulled up in this year's Aintree race, which was won by Auroras Encore.

After discussions, owner Trevor Hemmings and McCain decided it was best to end Ballabriggs's career.

"He's won me a Grand National and that is something I'll never forget," said McCain.

"He's been a wonderful horse for the yard and it's nice for him to come through the other end in one piece so he can enjoy his retirement.

"If I don't win another Grand National, I've won one and that was down to him. That is what it's all about."

Ballabriggs won seven of his 28 starts and amassed more than £624,000 in prize money.

He finished sixth at the 2012 Grand National.

McCain added: "As a young horse he came into the yard and we thought one day he might make an Aintree horse.

"The way he went about it and took to the place was very special.

"He and Cloudy Lane will go back to Mr Hemmings' place on the Isle of Man.

"He's fine and he's been out in the paddock all day. We are just letting him down quietly before he goes home."