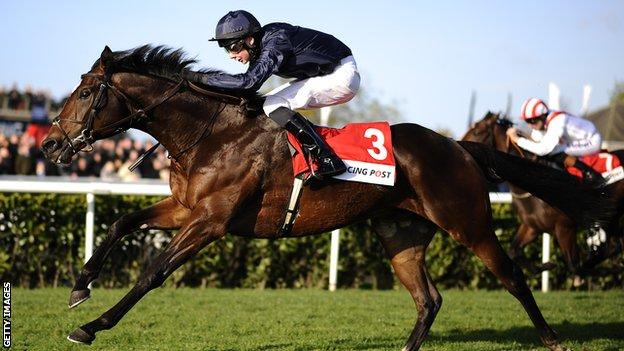 Kingsbarns has been ruled out of the 2,000 Guineas but the three-year-old is expected to run in the Derby trials.

The colt suffered a foot infection recently and will miss the one-mile contest at Newmarket on 4 May.

But the Aidan O'Brien-trained horse and contender for the Derby at Epsom on 1 June should be ready for the trials.

"He's back cantering and we're hoping he'll be ready to run in a Derby trial somewhere," said Joseph O'Brien, the trainer's son who rides Kingsbarns.

He continued: "He was working very well before he had the setback and he's an exciting horse for this year."

Kingsbarns' last run out saw him impress as he took the Racing Post Trophy in October.